Home » About us
SOME WORDS ABOUT US

we deal with integrity and honesty, reflecting that people are more important than dollars.

We love what we do

We check and control chemical composition, the shape and size of powder grains, even the propellants' density and porosity. We send samples of every batch to our lab, testing for burning speed, among other things

Every product we sell is backed by a century of manufacturing experience and the most exacting quality control procedures in the industry. We make sure our quality control is first class.

With a growing demand for ammo, the need for better cartridges was also at an all-time high. This lead to the

formation of the modern day cartridge.The gunpowder was tightly sealed inside a brass encasing with the bullet attached to the end. A strike to a primer in the base of the brass case became the new way of igniting the cartridge and shooting the bullet out of the barrel. 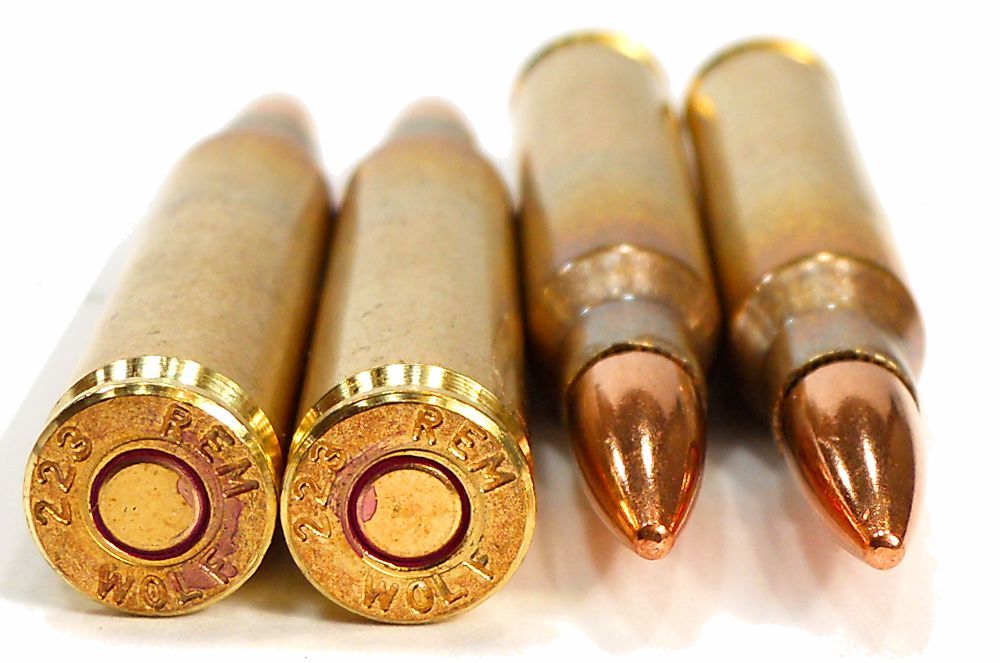 This method marked the first time that cartridge casings ejected out of the gun, which allowed shooters to reload the firearm immediately. This concept expanded through the invention of the repeating rifle, which allowed for loading multiple cartridges at the same time.

Over time the variety in caliber and bullet types increased exponentially, but the concept of the cartridge remained the same. Today there are seemingly endless options of pistol ammo, rifle ammo, rimfire ammo, and shotgun ammo to choose from.

So whenever you are sorting through your ammo can or loading up your magazine, take the time to appreciate the history of ammunition and the advancements in gun technology along the

It is easy to take for granted the history of ammunition. After all, the use of ammo is so common today that it has become second nature to gun owners for hunting and target practice.

This was not always the case, and buying ammo in bulk was not as common as it is today. Many advancements in both ammunition and firearms paved the way for the modern day cartridge.

From the earliest use of gunpowder in China to the many calibers and brands of ammo available to us now, ammunition has evolved significantly over time.

Chinese Gunpowder - The Origin of Ammunition

The history of ammunition can be traced back to the invention of fireworks around 900 AD. The Chinese developed a black gunpowder that was composed of Charcoal, Saltpeter, and Sulfur.

This gunpowder was initially used to light up the sky, but was soon adopted as a weapon.

The Chinese later attached gunpowder tubes to the bottom of spears to propel them forward to devastate any oncoming attackers. These flamethrowers became more and more efficient as time went on, and this led to the development of the first known firearms in China.

Modern shotguns descended from smoothbore firearms of the 15th to 18th centuries such as the arquebus, blunderbuss, fowling piece, and musket.

These ancestor firearms were able to fire shot or solid balls due to their large diameter barrels and were commonly used in hunting, sport shooting, and military combat.

A blunderbuss is a firearm with a short, large caliber barrel and flared muzzle that is loaded with shot or random projectiles. It is widely considered to be the direct ancestor of the modern shotgun. The classic muzzle-loading ‘Brown Bess’ smoothbore flintlock musket used by the British army from 1722 to 1838 had a barrel roughly the same size as a 10

A shotgun is a powerful firearm that is usually fired from the shoulder. It fires a fixed shell containing numerous small, spherical pellets (called shot) that spread out over a relatively short distance. It may also fire a solid slug.

Shotguns are designed with a wide range of bore sizes and cartridge gauges. Some shotguns are small enough to hold with one hand and others are so massive that they need to be stabilized by a mount because they are longer or heavier than the operator.

Musketeers also started to deploy a “buck and ball” loading tactic with the Brown Bess during the 18th century in which a musket ball was loaded down the barrel along with three to six buckshot. This allowed the musket to produce an effect similar to a shotgun.

A handgun is a short-barrelled gun, typically a firearm, that is designed to be usable with only one hand.[1] It is distinguished from a long gun (i.e. rifle, shotgun or machine gun, etc.), which needs to be held by both hands and also braced against the shoulder to be used properly. The two most common types of handguns in modern times are revolvers and semi-automatic pistols, although other types such as derringers and machine pistols also see infrequent usage.

Before commercial mass production, handguns were often considered a badge of office, comparable to a ceremonial sword. As they had limited utility and were more expensive than the long guns of the era, the few who could only afford to purchase them carried these handguns. However, in 1836, Samuel Colt patented the Colt Paterson, the first practical mass-produced revolver, which was capable of firing five shots in rapid succession and very quickly became a popular defensive weapon, giving rise to the saying, "God created men, but Colt made them equal."[2][3] Today, in most of the world, handguns are primarily used by police and military officers as sidearms. However, in the United States and some other countries around the world, handguns are also widely available to civilians and commonly carried for self-defense.

The use of gunpowder in warfare during the course of the 19th century diminished due to the invention of smokeless powder. Gunpowder is often referred to today as "black powder" to distinguish it from the propellant used in contemporary firearms

Gunpowder is the first explosive to have been developed. Popularly listed as one of the "Four Great Inventions" of China, it was invented during the late Tang dynasty (9th century) while the earliest recorded chemical formula for gunpowder dates to the Song dynasty (11th century). Knowledge of gunpowder spread rapidly throughout Asia and Europe, possibly as a result of the Mongol conquests during the 13th century, with written formulas for it appearing in the Middle East between 1240 and 1280 in a treatise by Hasan al-Rammah, and in Europe by 1267 in the Opus Majus by Roger Bacon. It was employed in warfare to some effect from at least the 10th century in weapons such as fire arrows, bombs, and the fire lance before the appearance of the gun in the 13th century. While the fire lance was eventually supplanted by the gun, other gunpowder weapons such as rockets and fire arrows continued to see use in China, Korea, India, and eventually Europe. Bombs too never ceased to develop and continued to progress into the modern day as grenades, mines, and other explosive implements. Gunpowder has also been used for non-military purposes such as fireworks for entertainment, or in explosives for mining and tunneling.

The evolution of guns led to the development of large artillery pieces, popularly known as bombards, during the 15th century, pioneered by states such as the Duchy of Burgundy. Firearms came to dominate early modern warfare in Europe by the 17th century. The gradual improvement of cannons firing heavier rounds for a greater impact against fortifications led to the invention of the star fort and the bastion in the Western world, where traditional city walls and castles were no longer suitable for defense. The use of gunpowder technology also spread throughout the Islamic world and to India, Korea, and Japan. The so-called Gunpowder Empires of the early modern period consisted of the Mughal Empire, Safavid Empire, and Ottoman Empire.